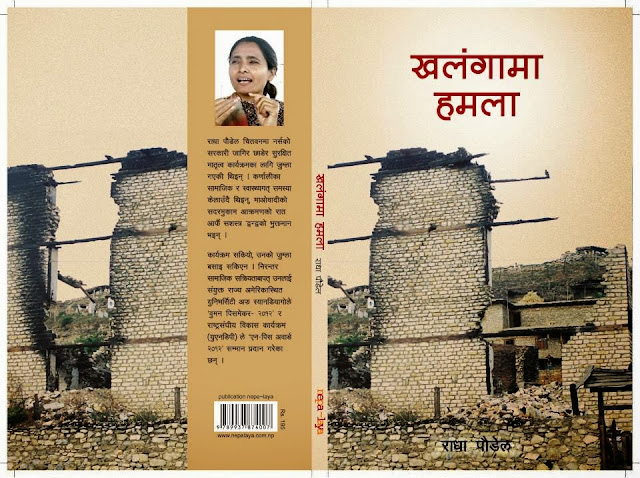 A Nepali proverb says; `River will revert after 12 years’. Almost same thing happen in my life. I wrote this book right after third week of war in Jumla. 14 November 2002 was the attack day. There was huge and destructive war between Maosit insurgency and Nepal Army.  I was the first civilian who got chance to leave the place as a rescue through four sitter helicopter. Likewise, I might  first who  back to Jumla with determination, considering rebirth in Jumla for the sake of cause or Jumla people.
From airport, directly I went to the hospital then back to the residence by crossing the army sports  ground. Near the bridge of Jugad river, in front of the sports council and Science Academy center, I was stopped while and thinking of people who were died during that day. Thought, the exact data don’t know yet, I saw 47 dead bodies in Army Sports ground. But I was kept thinking about DSP (Deputy Police Officer) Mr. Bijayashor Ghimire whose body was burnt well. By considering his belt, a piece of it, a burnt piece considered his dead body and Nepal army brought it to the Kathmandu to his family. That incidence pinched me very badly. And many questions came to mind; why were people fighting? why did conflict in such a peaceful country Nepal? Did poor, marginalized groups get justice? What was the meaning of peace and justice ?…………..I thought I must write for the future generation about the entire experience of war since day, of course 14 Nov was the main story. In order to do justice, to educate future and to bring sustain peace and justice, I started to write and finished within the third day of onset. I was keep on try to publish. I couldn’t make afford myself due to cost and marketing. The people who from rural, poor, non political family has really very tough to get connection with pioneer publisher. In 2013, it was owned by NEPALYA. Thank you Nepalaya.
This book was launched in 23 may 2013 at Nepalya office. I owe 10 % royalty but I have already committed to construct Peace Commemoration (Miteri Shanti Batika) at Bohoragau, Kartikswami village in Jumla at the memory of 247 people who died during a decade more war in Nepal. For details;www.actionworksnepal.org
If you purchase a book, you would contribute in Peace process. Further, if you like to join the hand for building the peace commemoration, you are most welcome. Feel free to write @rpaudel456@gmail.com or actionworksnepal.awon10@gmail.com