Karnali: A dark with Freezing day due to Crash of Jumla Bound Nepal Airline,16 February 2014

Karnali: A dark with Freezing day due to Crash of Jumla Bound Nepal Airline,16 February 2014

by Radha Paudel
No any argument on each human born for die, and no one able to predict. However, I have very tough time to tolerate the pain from the horrifying, terrific crash of Nepal Airlines 9BB on 16 February 2014. I have been bonding with Nepal Airlines (NA) due to association of my dear inspirational dai Vijay Lama. Most of the NA staff helped me while travelling. Many of them knew me due to spoke on his popular television program BLACK and WHITE. I also often use it while flying from and to Kathmandu and Jumla. The direct flight is easy and cheapest than other flights though bit hard to get the tickets for ordinary people. Because there is quota for the government people, security, leaders and so on etc. Officially, I do not posses anything though sometimes I also flew by approaching myself and sometimes via travel agent. My favorite route for the direct flight is via Pokhara because it flies over Dolpa. I do not stepped in Dolpa yet and secondly, I always feeling of `flying bird’ while flying over the mountain of Dolpa. I feel so proud of my country and my mountain.
I started my journey to Jumla since 2001 by Asian helicopter where the airport under construction for black topped. I would say that I have experienced of all forms of planes and helicopter except army.  Since day one, I always enjoy in plane where most of my friends are phobic, they chanting the names of the god/goddesses and asking for the wishes for safe and pleasant flight. I don’t know why that I simply sleep even a 30 minutes flights or enjoying with big bumping.
Due to nature of my work and philosophy, most of the people in Jumla, simply love me, respect me and relation (nata) with me; some called me elder sister, some young sister, many called me Phupu (sister-in-law), some called me Thulimummy (mom’s sister). In village, mostly people called me Radha, Radha nani, Radha Sir and very few are calling me Radha jee and Radha Madam. To me, there is no minister, no parliamentarian, no rich, no political identity and so on,  I simply but from my heart called brother, sister mother, father  and jee. Some of them called me during the special days, wishing me and invite me to eat when I am in Jumla. Some are really remember me during festivals and greetings me as like kinship e.g. they touched my foot/hand for greetings. In this ocean of love and respect, very few people just jealous and blamed me. Sometimes, it is more than blaming, press released against me. Usually, I knew such kinds of messages bit late; may be a week or month or more than that. But I never upset, I never angry with them because this is not their fault, the key gap in socialization including pro-longed depression and feudal mind set and culture of Jumla.
While travelling in and out of Jumla, I am lucky and I always get opportunity to take care of kids, money, sick person, valuable materials etc. In 12 Dec 2013, I was flying back from Jumla with Sujay Lama and Dr Edmund Kellerman. They are senior Tennis coach in US and board of directors of the Project Nepal. They were in Jumla for monitoring visits of their support as well as support Action Works Nepal. But, I was busy in chatting with my Jumla friends and relatives such as Barsa Neupane Hamal and her son, EKesh Bikram Hamal, Manav Sejuwal and so many others.

Barsa Neupane Hamal was the daughter in law of Sarpananda Hamal, wife of his younger son (Dipendra Bikram Hamal). Sarpananda is close family friend since 2001 while we worked together for establishing blood bank in Jumla. His grandson, Ekesh had disappointed to leave his grand dad so I try to please him by shooting photo, giving snacks and playing with him. His grand dad also asked me to take care of his daughter in-law and grandson.

During that flight, a patient was also with us so I was running to find the relatives to handover the patient. Meantime, Manav Sejuwal dai was also helping me in this process. He called ambulance to transfer the patient to hospital. I knew him since 2001 as a genuine political leader, representing Nepali Congress. He was district president in Jumla. He was the first MSC from Karnali. His wife, Kantika Sejuwal is my friend and we are together in many networks e.g Women Human Right Defender.
In Jumla, there are many lovely and funny stories associated with my life and work. In 2001, I was only one woman officer in Jumla so most of the people knew me. I also know but I do not know exact name and relation even today. I keep on confuse all the time J. I do not know that the Tek Bhadur Mahatara and Nanda Mahatara were couple for long. Both were so lovely and role model couple in Jumla. Usually in Jumla, the men are so exposed and women are not and there is huge gap in socialization between husband and wife. But that was the perfect couple, work together, travel together and always smiling. Three years back, Tek Bhadur stopped me in front of his house and requested for tea. He added, pleased just called us if you don’t have time to spent with us. We were so grateful and proud with you for leading to establish blood bank and C-section in Jumla at the first time in Karnali. Mrs Mahatara added, Radha madam, I missed your long and thick hair with Sari, she put long laugh in each meeting. Recently, she just recovered from the breast cancer; she shared with me all details. She is so courageous woman as well and her husband is real role model among men (REAL MEN). They were came to Kathmandu for follow up and others stuffs along with me on November 2013.
Since 2001, I was associated with Devkota family when I started to stay in Hotel Everest in Bijaynagar as paying guest. This house is belonging with Mahashanker Devkota. The association is more strong and lovely when I and Bhanu were survived in terrific war between Maoist and Nepal army on 14 November 2002. Mahashanker Devkota considered me as god daughter/adopted daughter. Devkota family is really big, even today I do not know exact name and relation but I know s/he belongs with Devkota family that means with me. They also love me and support me accordingly though we are not much closely communicated except with Bhanu’s family and Chandra (recent days). I know a brother is working in Agriculture Bank and recently in Jumla’s as a In-charge. Usually, dad (Mahashanker) and ama (mother) updates the things. 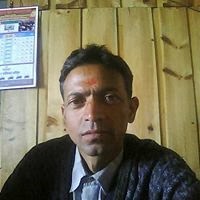 PS: This is my personal experience and feelings, my observation Only, I wrote and share for ventilate myself, self counselling

Heartfelt Condolence to relatives and friends of Jumla

The Ugliest side of Engagement with Ishani Shrestha, Miss Nepal 2013

0 thoughts on “Karnali: A dark with Freezing day due to Crash of Jumla Bound Nepal Airline,16 February 2014”

Thank you Radha for reminding us about the good people on board that flight ! your words have made us realize the gravity of loss Nepal had on Feb 16th.
Ujwal