by Radha Paudel
Dec 30, 2015
We were only two in vigil. We determined. I kept on inviting people including police to join. Police agreed but not able to hold the banner duty security personnel from government. Few passers kept on joining and also took our photograph.
We also met this tempo which is carrying firewood instead of people in front of us. It is very obvious why it is very very urgent. 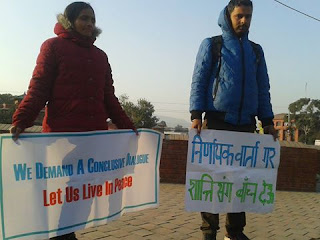 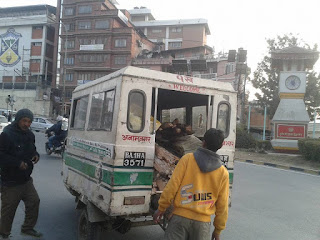 Dec29, 2015
I was in meeting outside of the valley so unable to join. I was carrying banner to hold anywhere but unable due to carpool by government vehicle.