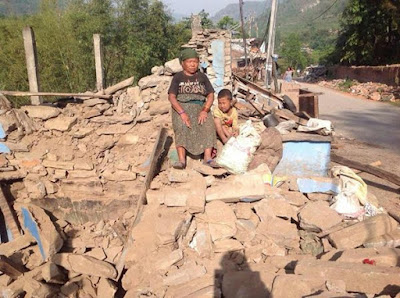 Life in Thatched house: When I was young, I always hated summer and monsoon. To me, these seasons were synonymous with storm, thunder, rain, lightening, hailstones etc. It was too hot, no electricity, and everything depended on nature. I was so scared to cook at afternoon because of wind and chances of firing.  My home was single room, thatched roof, was not only shook but also blown away several times. I was so depressed and unhappy with god (that time I didn’t know about the fact). The rain of summer was not polite, gentle and kind. Along with sisters, I always busy to put utensils such as glass, bowl; bucket etc. here to there due to leaking of roof though very limited utensils we had. Usually, dad, mom and elder sisters were outside of home; farm, forest or so on. My heart beat increased with tearing, running nose and severe headache due to falling down the wall of house, blowing up roof. It was made from straw, mud and bushy branches. I was cried and hurt badly several times due to soaked of my books. I kept on changing the place of my books. We, none of us had school bags, shoes and dress during these days. Usually, I was busy to dry my books, grains after impish rain. I didn’t know the value of rain well so I always prayed for absence of rain. I saw many disadvantages of rain; soaked while grazing the cattle, cutting the grass etc. We hadn’t had the extra clothes and umbrella to protect from rain. I still feel the fresh feeling of went to bed without having dinner or compromised largely. The bed was so called bed neither have clothes for lying down nor for covering. I remember these days where I was lying on floor at the side of foot of my mom and brother by using her sari partly. I had had tough time to negotiate with winter always.
Scene of rural communities: After 35 years back, majority of children in rural villages are still living with similar experience. They may have mobile, electricity (in some places) but the housing is the more or less same. More importantly, it is fueling by devastating earthquake April 25, May 12, 2015. In most earthquake affected districts #14, the houses collapsed like 180 degrees there was zero hope for getting grains, clothes, dishes and other many valuable things. Everything is broken, torn where the superglue, sewing machine etc. wouldn’t compatible at all. Many survivors lost their parents, siblings, houses and so on. Under a single tarpaulin, 2-4 families are living along with herds of goats, buffaloes. They are living with so many traumatic feeling, no way to express and no one ready for listen them.  Expression of feelings is also hugely manipulated. Without having family members, house, books, food, shelter, how people get peace through psycho social support though it is crucial element of holistic health. In Nepali context, the deprivations, depression, suppression are directly leads towards the psychological illness that usually ignored largely. 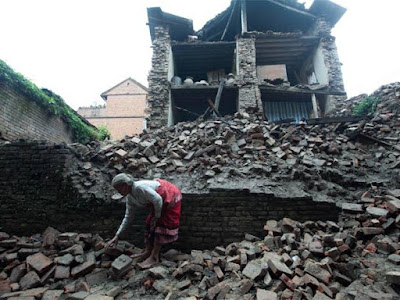 Strengths of Nepali society: In a course of two months of earthquake, the affected, rural communities are gradually moving towards recovery and reconciliation. Few families are already started to build a bushy houses by own their efforts at the fifth day of earthquake. It is priceless quality and strengths of Nepali community because they compromise many needs and interests due to extreme poverty, difficult geography and others factors. However, they need support to protect their stamina, resilience and avoid additional trauma. Their dreams were distorted and living with uncertainties due to tarpaulin livelihood. Shockingly, the tarpaulin is also not qualified as expected less than 10 mm, they have limited utensils and they are living with same or more level of pain, scarcities and starvation.
Of course, time is change means the government, politics and everything change at local and international level. There are many experts are working on it and taking the issues forward. The children, girls, women, older, disable, and other vulnerable groups wouldn’t face the same level of pain though personally this writer  doesn’t have much confident. 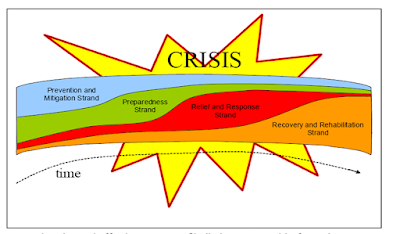 Meeting with International communities: Children and youth from today, #earthquake2015, would mark June 25, 2015  in the history of Nepal than April 25, 2015 due to having meeting with international communities for EQ response. The goal and mission is full with hope and aspirations though there are many schools of thought are swimming by referring the Haiti (e.g.Guardian, Nagarik national daily). The national identity is changing and recognized across the world as earthquake country followed by two big hits in between two weeks. This writer do aware that her effort is less than drop though she has living with panic feeling from her childhood, war, earthquake and all sufferings by thinking the people who severely affected by EQ specially women, girls, children, and other vulnerable groups in rural areas. Leaving country after 5 weeks of EQ was hard for her but it opened the opportunities to do more for same casue. Here, in Montreal Canada, she discussed with six friends from Haiti who are working in government and I/NGOs to share their practical experience on EQ response. The following points were taken as lessons learned;
Reactions on Earthquake Response: In this connection, here this paper discusses writer’s observation and way forward regards to earthquake response for Nepal. As mentioned in this poster, the government is working in EQ response though people seen them at field after about a week. Government considered the EQ seriously, where it has already developed Post Disaster  Needs Assessment (PDNA) and inviting a grand international meeting in June 25, 2015. More importantly, the ever fighting political parties came in to consensus after 8 years for drafting constitution. In meantime, the government is heavily criticized by nationally and internationally on its credibility, leadership and rationalization of the steps. There were few evidences seen that corruption in relief distribution, heavy political influence, changing the directive for involvement of the I/NGOs. At last but not least the Supreme Court denying political parties 16 points agreement on drafting constitution. 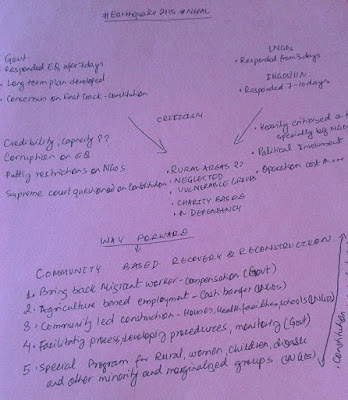 In the side of NGOs, the LNGOs are engaged in relief work since third day of EQ whether they have fund or not. Many LNGO workers are jump in actions from Tarpaulins to Tarpaulins e.g. Action Works Nepal. INGOs/UN takes more time to jump in, majority of them seen in field only after 10 days. The I/NGOs/UNs heavily criticized as Haiti due to having high operation cost and heavy political involvement.  In relief work, no matter the actor; government, I/NGOs/UNs, individuals from diaspora community, the rural areas are heavily neglected, the vulnerable communities are in more dangers and the efforts are focused on charity instead of rights.
Towards Recovery and Rehabilitation: By considering the bitter realities from Haiti and our own two months experience, Nepal can take in to account and together Nepal can do;
1.       Bring back migrant workers– government has to provide the compensation as well as lobby with the respective countries specially Korea, Malaysia, and Golf countries
2.       Agriculture based employment– the conditional cash transfer and capacity building trainings has to provide to the families/communities as their contextual demands (no blanket approach) so they would jump in their regular business in facilitation of LNGOs
3.       Community lead construction-the local infrastructure such as schools, health posts would lead by the respective communities where LNGOs facilitating the process. The road, hydro, big public infra-structure would lead by the private sectors by strictly following the building codes.
4.       Government would more focus on monitoring of all actors, developing procedures and facilitating the process. 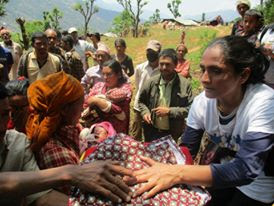 5.       Special program for rural, women, children, disable and other minority and marginalized groups would lead by LNGOs
In between, the process would be moving forward for constitution, and the local election and media would play very crucial role as watch dog as always. The environment and dignity always has to keep intact.
None of us can prevent or avoid the natural catastrophe but all of us can play important role in a way and other if we all considered the EQ as an opportunity. The emotions are important to extend the heart, hands and it is crucially important to do by each citizen but spending so many funds by unskilled person/organization is always more than danger for long term impact. Let’s make our mother land Nepal by ourselves.

We are Human Right Defenders