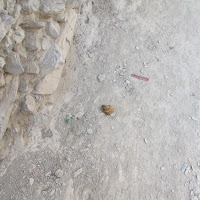 Accidentally, I engaged with a gentleman who is civil servant while flying down to Nepalgunj from Jumla, June 2016. He concluded the talk, sorry madam, you were from Jumla, but it was so dirty why? It was not a single question. The goers and not goers to Karnali and far west, educated and uneducated, NGO workers etc. asked the same question: oh so much flies, too dirty, got sick etc. I observed flies everywhere in the world, just a matter of degrees. Simply, flies multiply or attract with dirt. According to the government’s report 2011, the far and mid-western development regions have the least sanitation coverage (30%).

While walking through villages to villages of western Nepal, I was warmly welcome in to the Open Defecation Free (ODF) village or area. It is portrayed with slogans, songs, statements that is highly appreciated. It was not strange because the facebook wall and newspapers often occupied by the photos and news of ODF declaration and various announcement at local, national and international levels by scholars. The state and non-state actors are working tirelessly in order to achieve the goal ‘to attain universal access to improved sanitation by 2017 for better hygiene, health and environment.’ The improved sanitation is defined by joint monitoring program of UNICEF, WHO, ‘one that hygienically separates human excreta from human contact, classified as flush or pour flush (piped sewer or septic tank or pit Latrine), ventilated improved latrine, pit toilet with slab and lid and composting toilet (eco-san). 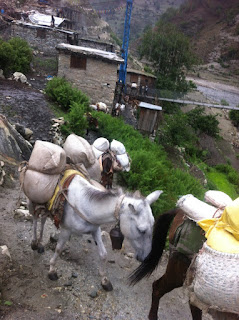 Data shows that the toilet coverage in urban areas is 78 % against the rural coverage of only 37%. Due to many actors, the paper might have higher percentage of coverage. But the ground is differing with it. There could be toilets but not used because it is not friendly in many ways such as very tiny and narrow, hard to use even for the 40 KG, 4.8’’ person, no door, no ventilation, no water, no soap, covered by flies, bad smell etc. More importantly, the open defecation is rampant. Sadly, the school neither have toilet nor water. The 35 years back neither state, nor school, nor non-state actors talk about ODF so it was fine to use toilet or beyond according to context but today we all seek something different result.
Why do we need such ODF program? If it is for health, hygiene and environment, are such approaches work out in rural context? Are the stakeholders really like to break the vicious cycle of hygiene and health? By considering the rural context, it is hard to believe that the stakeholders are really working aggressively for it. Because the hygiene is deteriorating or flies increase due to i) having animal shed at same house in traditional manner, ii) no management for the dung of donkey, horse, goats which are used for the means of transport (they eat grains as human so it was like human excreta), iii) no or limited water supply and vi) no single efforts to eradicate flies yet. The many tea shops or so called hotels replied, you can go anywhere that we have enough forest or land and they served with zero hygiene. They used and served the water from river directly. The flies were made direct drive in to the food. The children’s face almost covered by flies. The flies are so strong and active, I guess. They are active even at night and interrupt sleep. Almost all, know about the importance of handwashing and toilet even in the core rural villages but they do have no way to get rid of it or circumstances is not helping them out.
From the observation and review of master plan of government 2011, the above mentioned barriers or challenges are not even recognised. It is not because of the resources; it is due to poor mind set of the actors. Without addressing underlying causes of growth of flies and sources of growth, could Nepal reach its destination. Are the number of toilets ethical to claim for achieving targets? The rural communities desensitised with such dirt and flies, diseases by many reasons; they are helpless to overcome all issues by themselves, dominated by the tradition that practised from ancestors and lack of stimulus to get rid of such as no exposure or no realisation and severe poverty where next meal is their priority as always. For tea shopper’s case, they have money and food but they are same as others due to no one complained or denied their service so they just do ignore. The individuals who complained about dirt, or even the ODF campaigners stop by without a single question or not like to take risk at all. It’s simply a matter of ethics and commitment for transformation on issue where there they bread.
There are many practical and simple ways to overcome as well as achieve the goals as follows; i) the animal shed should separate from house. If there is limited land or no land, can go in collective animal shed and care as doing at Ghaleghau, Lamjung, ii) could develop the innovative scheme or rule to collect and formation of compost from the dung of horse, donkey and goats, iii) there should manage water supply before talking the sanitation, v) should start the activities e.g. spraying the insecticide as had done for Malaria control and vi) the tea shoppers should come under common standard to serve as. Otherwise, ODF is just a fashion and event or celebration for the job holders or others NOT for the people.
Often people blamed rural communities in Kathmandu but its great mistake indeed. Do the actors observe critically here in Kathmandu or hotel on the highways? Aren’t these toilets important to achieve the goal of 2017. The toilets in neither restaurants nor government offices nor school are with basic requirements. Mostly, these toilets broke, no water, no locker, common for both sexes, narrow, dirty etc.
Many people often consider that toilet or hygiene is minor issue but it is very big and serious concern in many ways. The toilet is priority in developed countries where separate toilets, water supply, soap, hand sanitised, and standby cleaners so they haven’t have communicable diseases as Nepal has. Thus, ODF should considered beyond box and should go beyond celebrations because it is a key block for prosperity of the country.
FYI: Forwarded to Kathmandu Post, written after field trip to Bajura, Humla, Mugu, Kalikot, Jumla, June 2016